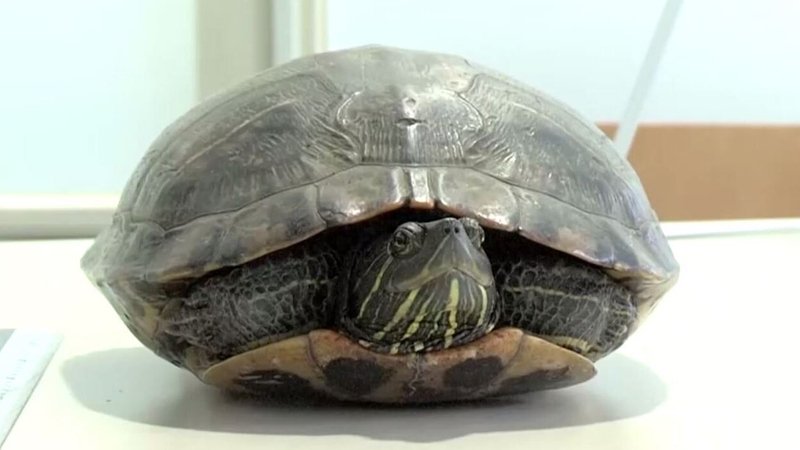 Flights at a Japanese airport were delayed after a turtle was found on the runway.

The turtle was spotted by a pilot, which subsequently caused five flights to be delayed for up to 15 minutes, according to Japanese media reports.

It was then safely captured by airport staff with a net.

The intrepid visitor was measured to be about 30 centimetres long and weighed about two kilograms.

It is unclear how the turtle ended up at the airport but local media believe it may have come from a nearby reservoir.

ABOUT US
We brings to you the latest and most popular news related to every kind of technology, sports, business, current affairs etc.
© © Copyrights 2021. All RIghts Reserved.
MORE STORIES
news

WP - September 27, 2021 0
A walking stick reputedly owned by Michael Collins has sold for more than five times its estimate at auction in Belfast. The phone buyer, from...